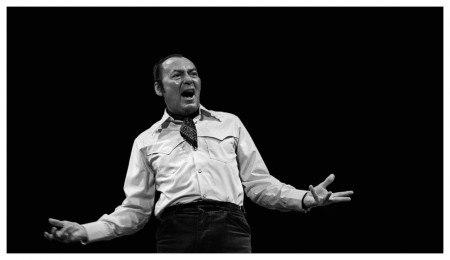 Tula’s Restaurant and Jazz Club presents a celebration of the Woody Herman Centennial on December 12th, 2013 at 7:30 PM.  The famed bandleader turned 100 earlier this year, and the famed Belltown venue has put together an all-star band to perform some of the “Thundering Herd’s” greatest hits.

Woody Herman and his bands entertained audiences all over the world from the mid-1930’s until the late 1980’s. The clarinetist and saxophone player was known for keeping his big-band in step with the current times by continuously hiring contemporary arrangers and personnel in his bands to keep up with the trends of the day. His career in music was studded with number one hits, Grammy Awards and accolades from fans and critics alike.

The band assembled to perform the music of Woody Herman is comprised of the northwest’s top jazz professionals. Among those scheduled to appear are trumpeters Jay Thomas and Thomas Marriott, saxophonist (and newcomer to the Seattle scene) Pete Gallio, trombonist David Marriott and Greg Williamson, former drummer for the Woody Herman Orchestra.

The band will play two sets beginning at 7:30 p.m. on Thursday, December 12th at Tula’s Jazz Club, 2214 2nd Avenue in Seattle. The cover charge is $20.00 and reservations can be made by calling 206-443-4221 or via email at [email protected].  Tula’s is now featuring an all-new dinner menu designed by chef Matt Puch, the most recent addition to the Tula’s staff.