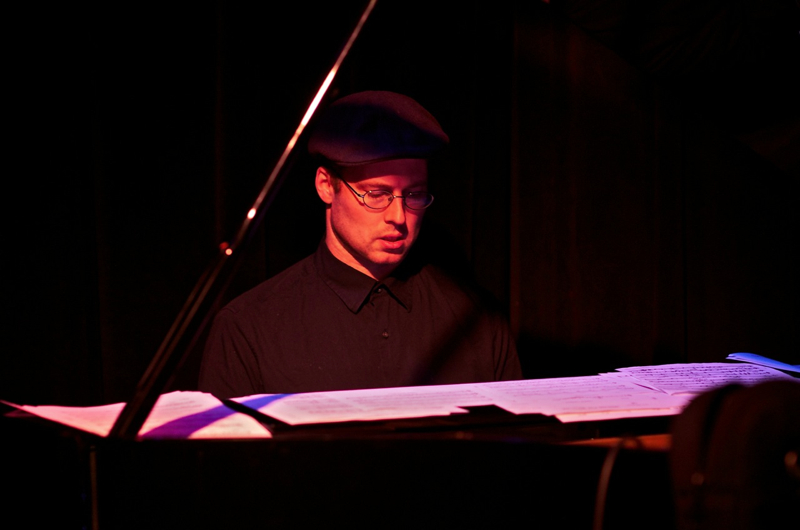 New York jazz pianist and organist George Colligan is presently on the faculty at Portland State University in Portland. He’s recorded over 20 CDs on his own and appeared as sideman on many more in addition to concerts with many of today’s top jazz headliners. He brought Portland guitarist Dan Balmer with him for an Earshot Festival engagement at Tula’s this Fall, and Seattle drummer John Bishop rounded out this new variation on the classic organ trio. The trio played several of George Colligan’s original compositions in each set.

The George Colligan Organ Trio was recorded for Jazz Northwest and an hour-long set will air on 88.5 KPLU on Sunday, December 2nd at 2 PM Pacific Time. The program will also stream live at kplu.org, and a podcast will be available after the broadcast. Jazz Northwest is recorded and produced by Jim Wilke, exclusively for KPLU.

{Listen to a preview below} 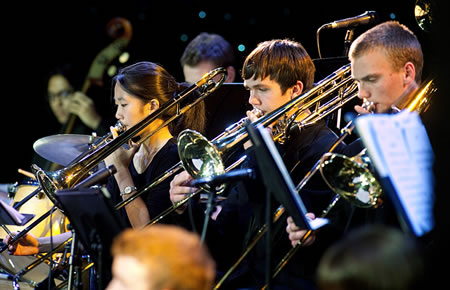 The public is invited to hear Seattle’s renowned Garfield Jazz Band I as it launches its 2012-2013 performance season with a free kick-off concert on Thursday, November 29 at the Quincy Jones Performance Center.

The band performs under the direction of Clarence Acox, Jr., recently honored by Earshot Jazz for his 40-plus years leading one of the nation’s most esteemed high school jazz programs.

Seattle Schools Superintendent Jose Banda will be on hand to help inaugurate the new season, which includes a full schedule of regional and national competitions, festivals, and concerts.  Please join us in welcoming Superintendent Banda to our city and its stellar music programs.

(Schedule is subject to change; go to www.garfieldjazz.org for the most current information.) 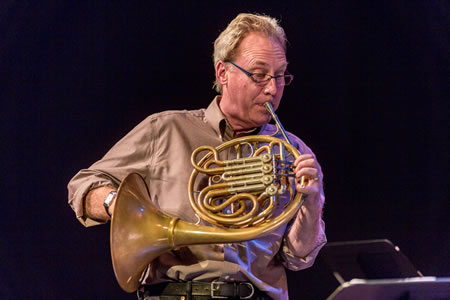 “Across oceans or across towns, French Horn players find one another. They all dwell, after all, in a curious musical isolation” writes Peter Monaghan. Read more of his preview of this concert that features two superb French hornists – Seattle Symphony Orchestra associate principal hornistMark Robbins and jazz improviser extraordinaire Tom Varner – as they team up with Gina Gillie, horn and Dawn Clement, piano to present a concert that showcases the diversity of the French horn repertoire in both chamber music and jazz settings.
Learn more Chad McCullough, with one CD under his own name—the outstanding Dark Wood, Dark Water (Origin Records, 2009)—has also contributed his distinctive voice to recordings by the Kora Band and Tunnel Six, all under the Origin Records banners. But the Seattle-based trumpeter must have a European sensibility; his finest work to date has been in teaming, as co-leader, with artists from the other side of the Atlantic—Slavakian pianist Michal Vanoucek, on The Sky Cries (Origin Records, 2010), and Antwerp-based pianist Bram Weijters, on Imaginary Sketches (Origin Records, 2011), and now, again with Weijters, on what could be a breakout effort for both players, Urban Nightingale.

Recordings that are tagged “breakouts” aren’t necessarily way better than the efforts that preceded them. It’s more a matter of the output reaching a critical mass of sustained excellence that pushes the music to a level where it gains greater notice. A re-visitation of McCullough’s previous CDs as leader or co-leader reveals a well-developed artist who is smart enough to pick great sidemen starting out with his Dark Wood, Dark Water debut. He is a rare instrumentalist who makes each note sound as if it were imbued with a deeper meaning. Certainly a player with great chops, his approach—especially on his two teamings with Weijters—is one that is a measured and deliberate, often introspective, sometimes gorgeously melancholic, and one that employs a continuity of mood and atmosphere that the best recordings have.

That said, Weijters is, perhaps, more responsible for the concepts of their two CDs together. His is the dominant songwriting voice, having penned five tunes to McCullough’s two on Imaginary Sketches and seven tunes to McCullough’s two on Urban Nightingale. His piano playing has a distinctively searching quality, and he has added to his arsenal (or at least brought it into play since Imaginary Sketches) the Fender Rhodes, which he uses to give some of the tunes a gritty, urban atmosphere.

Inside the sound is the perfect, understated bass pulse of Piet Verbist and subtle percussive intricacies of drummer John Bishop the super sideman in the drum chair for Origin Records, also the label’s honcho, and one of the finest CD cover art designers in jazz, rounding out the quartet on an outstanding set of sounds. Origin Arts bassist Jon Hamar effects an intimate trio with alto saxophonist Todd DelGiudice and pianist Geoffrey Keezer on Hymn. Heard most recently, prior to this date, on Richard Cole‘s Inner Mission (Origin Records, 2007), Hamar’s Hymn is heavy on introspective yet muscular originals, as Hamar also chooses some sturdy standards upon which to improvise.

Hamar closes is disc with a swinging reading of Lew Brown’s “Comes Love.” Keezer rolls his fingers just right in the introduction, preparing the way for Hamar to state the melody down low, with piquant accents by DelGiudice. The song is played as an insinuation. Each instrument is responsible for keeping the others between the lines at different times, and each instrument makes every effort to color outside those lines. Keezer tries to foil Hamar’s walking bass, and Hamar hands it right back to him in his solo. DelGiudice takes advantage of the situation, running away in his solo, looking for the spirit of Johnny Hodges.

Daughter of English and Trinidadian parents, award-winning, New York-based jazz vocalist Tessa Souter’s gorgeous voice, and penchant for exploring strikingly beautiful music mostly untouched by other vocalists, has set her apart as “one of the few exceptional standouts in the crowded field of female jazz singers.” – Los Angeles Times 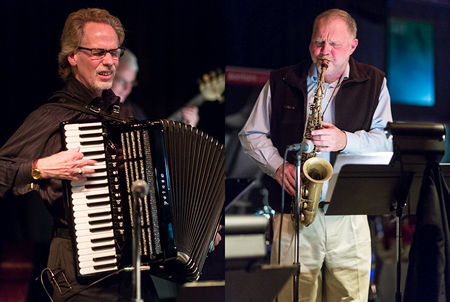 Murl Allen Sanders performed at Tula’s as part of the Earshot Jazz Festival on Saturday November 3rd along with  Seattle bassist Clipper Anderson, Tacoma drummer Mark Ivester and Portland saxophonist Warren Rand. “This is a high-energy ensemble combining modern and traditional aesthetics,” Sanders writes. Murl Allen Sanders describes his music as zyfusico – a fusion of jazz, pop and zydeco. He sings and performs on accordion, piano and harmonica. 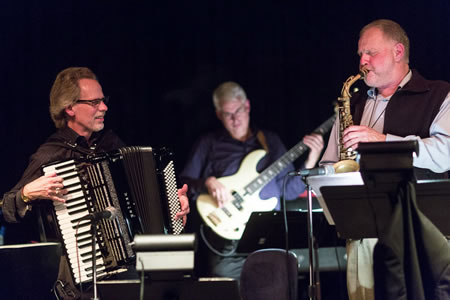 Human Spirt (Thomas Marriott, Mark Taylor and Matt Jorgensen) are headed back east next week for a couple of shows in Philadelphia and New York.

The Smalls show is previewed in today’s New York Times by Nate Chinen:

Matt Jorgensen & Human Spirit (Thursday) Mr. Jorgensen is a drummer and bandleader of prominence in Seattle, his hometown, and the owner of Origin Records, which recently released “Dialogues,” a live album by Human Spirit, his progressive post-bop band. For this one-nighter with that group, he features a Seattle front line of Thomas Marriott on trumpet and Mark Taylor on alto saxophone, along with the pianist David Budway and the bassist Joe Martin. From 9:30 p.m. to midnight, Smalls, 183 West Tenth Street, West Village, (212) 252-5091, smallsjazzclub.com; $20 cover. (Nate Chinen)

In addition, Marriott will be hanging around a few extra days and performing on Monday, November 19, with Orrin Evans’ Captain Black Big Band at Smoke.