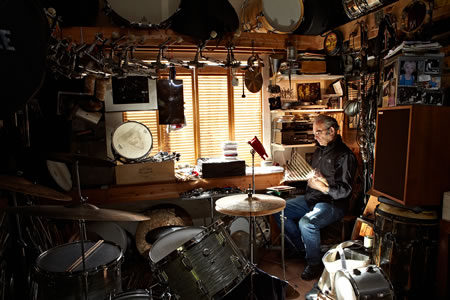 The drums are the heart

If I could do it all over again, I’d be a Flamenco dancer

Practice makes one stay off the streets

In the big scheme of things, what really matters is love and passion

I cried when my drum teacher died
END_OF_DOCUMENT_TOKEN_TO_BE_REPLACED

Collier and Dean kick off UW Week of Jazz 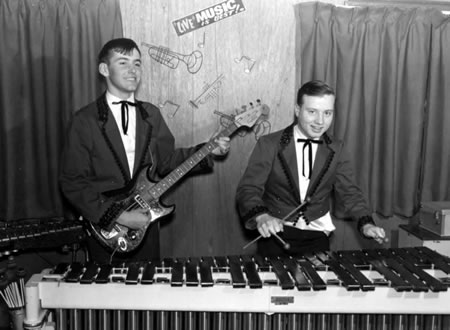 University of Washington Percussion Studies Professor Tom Collier and longtime friend and musical partner Dan Dean reunite for a 45th anniversary concert, performing original compositions and jazz standards from throughout their performance career. This event kicks off the UW’s Week of Jazz April 12-19, celebrating the 20th anniversary of the UW Jazz Studies Program.

TICKETS: $10 cash or check at the door

Tickets for the 2010 Ballard Jazz Festival have been significantly discounted for those who buy before April 1st.

For our readers up in Bellingham, The Jazz Project has released their up-coming schedule.

Join The Jazz Project on the last Sunday of each month from 4:00-6:30, January through November for an afternoon of jazz, food, and friends, when the region’s finest jazz performers converge on the Amadeus Project in downtown Bellingham, 1209 Cornwall Avenue. This series is made possible in part by The National Endowment for the Arts and the Washington State Arts Commission. Sponsors for this series include Renegade Caterers, Boundary Bay Brewery, Ralf’s Bakery, Dorothy Sherwood, Sideman Productions, Village Books, and Boeing Matching Grants, ConocoPhillips, and Joyce & Terry Busch. This series is free to members and $15 at the door for non-members. 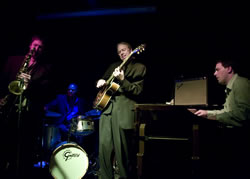 McTuff, the group featuring Joe Doria on Hammond B3 organ, Skerik on saxophone, Andy Coe on guitar and D’Vonne Lewis on drums, is headed out on tour.

After showcasing jazz, country and Latin music, the White House is going classical next week.

Earlier in the day, the White House will hold music workshops on violin, cello, piano and classical guitar for 120 students from middle schools and high schools across the country.

The White House lineup for the classical events appears designed to showcase a younger and diverse selection of accomplished musicians.

For example, Pratt, 43, became the first black pianist to win the Naumburg International Piano Competition in 1992. Weilerstein, still in her 20s, is known as a premiere soloist and chamber musician of her generation. Bell is 41. Isbin, at 53, is the oldest of the four.

The day’s events also will include an afternoon workshop concert featuring the four artists. In addition, young musicians Sujari Britt and Jason Yoder will accompany Weilerstein in duets.

This special edition of Jazz Northwest features highlights from the past six months of programs, and some concert recordings not previously aired. Included are excerpts from two concerts
celebrating Seattle jazz legends Ernestine Anderson and Hadley Caliman, The Susan Pascal Quartet’s salute to the Modern Jazz Quartet, The Jim Knapp Orchestra in a festival performance and a preview of next week’s broadcast of the music of Monk and Mingus by the Seattle Repertory Jazz Orchestra.

This program is part of the Spring Fund Drive at KPLU, and Northwest Jazz fans and musicians are encouraged to support the only radio program devoted exclusively to regional jazz performers and
presenters. Pledges may be made by calling 1 800 677 5758, or online at www.kplu.org .

Jazz Northwest is recorded and produced by Jim Wilke for 88.5, KPLU and kplu.org. The program is also available as a podcast from kplu.org after the airdate.

An 81-year-old woman has been charged with attempted murder for trying to shoot the wife of jazz pianist Eddie Palmieri near the elevator at their New York condominium, prosecutors said.

Maria Cartagena pleaded not guilty to attempted murder, criminal possession of a weapon and assault Wednesday and was being held on $25,000 bail.

Iraida Palmieri, 73, was inside an elevator at her Forest Hills condo when it stopped at the fourth floor Tuesday evening and the doors opened to reveal Cartagena in the lobby, Queens District Attorney Richard Brown said.

“Move over or I’m going to kill you,” Cartagena told Palmieri, then drew a revolver from the fanny pack clasped around her waist and fired one shot, according to a criminal complaint. 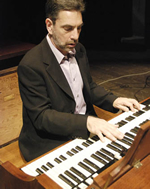 Mike LeDonne is performing at Tula’s Jazz Club tonight before heading up to Vancouver to perform at The Cellar. The New York-based organist will be joined by Portland guitarist Dan Balmer, Cory Weeds on saxophone and Matt Jorgensen on drums.

Hadley Caliman’s new CD Straight Ahead continues to dominate national jazz radio. This week he moved up from number 5 to the number 2 spot behind Ahmad Jamal. Currently in the number 3 spot is Mike LeDonne who will be performing this Thursday at Tula’s Jazz Club. Trumpeter Claudio Roditi (called “one of the very best performers in jazz” by All Music Guide) brings his samba and jazz blend to the stage, with the help of Brazilian-born, Seattle-based pianist Jovino Santos-Neto and his trio featuring Chuck Deardorf on bass and Mark Ivester on drums. Roditi has shared the stage with Dizzy Gillespie, Slide Hampton, McCoy Tyner, Horace Silver, and Joe Henderson, and has delighted audiences around the globe.

Also on the bill will be the dynamic Hadley Caliman Quintet, playing music from their latest release Straight Ahead, which has been in the Top 10 on the National Radio Airplay charts since its release last month. Caliman, arguably the most iconic Seattle jazz musician alive, has recorded with some of the biggest names in jazz and pop, including Freddie Hubbard, Santana, The Grateful Dead, Dexter Gordon and many others. His band includes Northwest luminaries Thomas Marriott, Matt Jorgensen, Eric Verlinde, and Phil Sparks.