Here’s your opportunity to help out a Seattle native son of jazz who is in dire medical straits.

Raised in our town, and educated at Roosevelt High, Andrew D’Angelo is experiencing a health crisis after being diagnosed with a cancerous brain tumor. On January 25, the saxophonist and composer suffered a major seizure in Brooklyn, New York, where he lives. Tests revealed a large tumor in his brain. After surgeons removed most of the tumor, they determined that the growth was cancerous. He faces a long and difficult battle over the next several years if he is to regain his health.

At this writing, it is unclear what form his treatment will take. Andrew has been frankly discussing his experiences on his website, www.andrewdangelo.com, and his entries there suggest that the most likely options are radiation and chemotherapy, with or without further surgery.

He speaks on the blog of the difficulties he faces in affording the extensive treatment he has already undergone, and the additional treatments he will need. One aspect of his struggle will strike many jazz musicians, and working musicians of any kind, as sadly and chillingly familiar: Andrew has no health insurance. And already he has amassed huge medical bills. END_OF_DOCUMENT_TOKEN_TO_BE_REPLACED 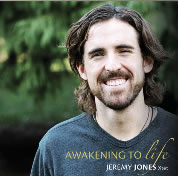 J&J Music and Broken Time Records are proud to announce the release of the Jeremy Jones Xtet CD Awakening to Life and CD Release concert at The Triple Door. The concert and CD will feature all original music composed by Jeremy Jones for the Xtet. Joining Jeremy are some of Seattle’s finest musicians: Thomas Marriott (trumpet), Steve Treseler (tenor sax), John Hansen (piano) and Phil Sparks (bass). This will be the Xtet’s first major performance in over a year since their streak of sold out performances at Tula’s in 2006/2007. Joining The Xtet on stage to open this show will be fellow Broken Time Recording group the Josh Rawlings Trio.

Emerging drummer Jones has been making a name for himself on the Seattle scene for the last 5 years. He has quickly become one of the first-call players due to the fire and passion that he exudes every time he sits down at the kit. From tours of Peru with SWOJO, to sold-out shows in Denver with the Serafin Sanchez / Jeremy Jones Quintet, to the weekly gig he plays with his band The Teaching, listeners always leave his performances commenting on the intensity Jeremy brings to each undertaking. Jeremy honed his drumming skills at Duke University under Paul Jeffrey, former saxophonist of Thelonious Monk. He then studied in New York with jazz drummer Winard Harper, for whom Jeremy subbed multiple times in jazz legend Billy Taylor’s trio. Jeremy’s tunes sparkle with joy and life, and are masterfully executed by the Xtet on the new CD and in concert.

Connie Evingson returns to Jazz Alley in support of her eighth and most recent CD, Little Did I Dream and plans to do a few tunes from the new release. “Evingson scored a coup when she cajoled St. Paul-bred songwriting legend Dave Frishberg to play piano throughout the recording. Having Frishberg’s lifelong buddy Dave Karr play sax and flute is soulful icing on the cake. Toss in a great rhythm section, intimate voice/piano duets and a vocal turn by Frishberg on his should-be-a-hit “snowbound” and Evingson’s latest is the pick of the litter.” – Tom Surowicz, Star Tribune

Wayne Horvitz Premier In May 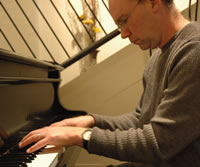 The Heartsong of Charging Elk: A workshop performance for 4 voices and 10 chamber instruments

Composer Wayne Horvitz and renowned writer/director Rinde Eckert, along with composer/songwriter Robin Holcomb, have collaborated to adapt The Heartsong of Charging Elk into an oratorio for 4 voices and 10 chamber instruments. A workshop performance of the piece will premiere on May 31st at the Chapel Performance Space.

Mr. Horvitz describes the genesis of the piece:

I originally found out about James Welch’s novel from Sherman Alexie, and Sherman and I made plans to work together on the adaptation. Unfortunately by the time I was ready to start writing, Sherman was in the middle of two book tours, so we decided to proceed with Rinde writing most of the text for the workshop, and Sherman acting as a creative consultant for the project. This performance will essentially be the template for a full evening length work that I hope to complete with all the contributing collaborators by 2010. It will then be fully staged, with sets, lights and so forth.

This collaboration was made possible through the generous support of the Paul G. Allen Family Foundation, the Mayor’s Office of Arts and Cultural Affairs, and 4Culture, with additional support from Earshot Jazz.

Anything else? Let us know by posting a comment!

According to a letter posted on the International Association for Jazz Education (IAJE) website (www.iaje.org) from board president Chuck Owen, the Board of IAJE has voted to file for bankruptcy under Chapter 7 of the Federal Bankruptcy Law. IAJE as it presently stands will no longer exist–the international offices of IAJE closed their doors at the end of the day on Friday, April 18th.

Sadly, the 2009 IAJE International Conference in Seattle has been cancelled. However, there has been some discussion of mounting a regional conference in its place.

A Kansas bankruptcy court will appoint a trustee to oversee all ongoing aspects of the association. This includes the ability to examine IAJE’s financial records and mount an independent inquiry into the causes of its financial downfall. Since the first communication to the membership outlining IAJE’s financial crisis, there has been considerable public speculation as to its causes.

For more information and to read the complete and official letter, visit http://www.iaje.org/

It’s a good day for eatin’ and listenin’

Seattle Times: It’s a clash of the jazz titans

If you haven’t had a chance to hear Konitz in concert, then he’s the obvious choice. But if you have, and your tastes run to the wild and woolly, I highly recommend Ullmann.

Lots of other music happening tonight …

Photos: Brotherhood of the Drum, Night 1 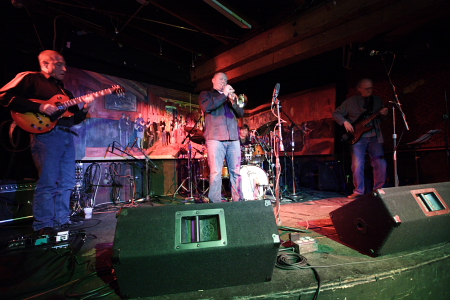 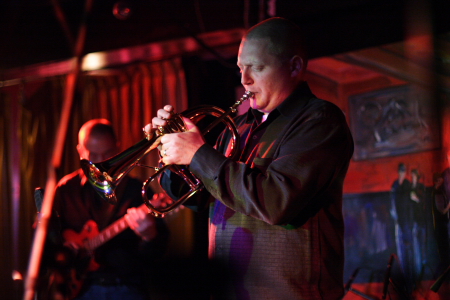 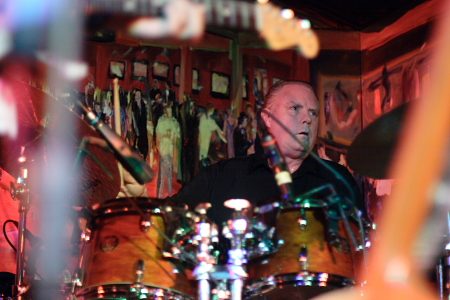 END_OF_DOCUMENT_TOKEN_TO_BE_REPLACED

Tune in to KONG TV (Channel 6) on Wednesday morning to see a profile of Hadley Caliman and his upcoming performance at the Ballard Jazz Festival and live performances from Hadley and Thomas Marriott.

Story and interview segments will air at 7:45 and 8:45am. Live performances will be featured throughout the morning.

Click here for more information and buy tickets to Hadley’s performance at the Ballard Jazz Festival.

Washington Middle School is seeking a full-time instrumental music teacher to direct all aspects of the school’s award-winning concert and jazz band programs. Some classes number 60-80 students, with some instruction taking place after school and during the summer.

Qualified applicants will have: evidence of successful teaching; experience in instrumental music instruction with specific instructional expertise in jazz music; proven track record of successfully motivating students to participate; the ability to engage and empower a large and diverse population of middle school students to achieve excellence in music performance beyond the general expectations held for middle school populations; the capacity to uphold Washington Middle School’s national reputation of musical excellence by participating successfully in local, regional, and national competitions and festivals (arranging for performance scheduling and fees, transportation, travel scholarships, lodging, equipment and sheet music);
the communication and organizational skills to work closely with WMS’s music parent organization to produce concerts, participate in community outreach, oversee an extensive instrument loan program, and fundraise for the program. END_OF_DOCUMENT_TOKEN_TO_BE_REPLACED 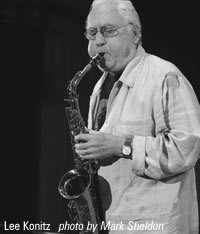 The 5th annual Ballard Jazz Festival kicks off this Wednesday with The Brotherhood of the Drum at The Sunset Tavern.

Here is a rundown: