Comparisons with Thelonious Monk and McCoy Tyner notwithstanding, Seattle- native Nelda Swiggett summons the influence of a piano talent closer to home, that of the late Gene Harris. Both pianists’ styles are characterized by a bright palette, a sinewy execution and a powerful, assertive command. Swiggett’s atonal tendencies echo Monk and her percussive nature, Tyner. Taken as a whole, the sound is all Swiggett’s: refined and confident, open and inviting.

This Time is Swiggett’s first recording for the OA2 label, and third release overall. No Time for Daydreams (1993), with the Room to Move Sextet, and Hands On (1999) were released on her own Moving Room imprint. This Time features 11 original Swiggett compositions that all reveal a keen ear for memorable and unique jazz composition. Swiggett favors rhythmic archetypes such as the punctuated “Jack and Key Boo Ba,” the closely chaotic “Mere Madness,” and the Latinesque “Beyond That.”

Swiggett is very much a double fisted pianist, like Harris, who is able to coax much from her piano. The orchestral expanse of her playing would enable Swiggett to easily produce a full-bodied solo recital. Bassist Chris Symer shares a close empathy with the pianist, fully able to duplicate and sustain her craggy rhythms. His arco playing on “The Time Being” is beautifully appropriate. Drummer Byron Vannoy is the anchor that keeps this trio grounded, his playing never too loud of overbearing. Swiggitt’s singing is also very fine, though closely guarded as she sings on only three of the disc’s compositions. This Time is a strong and elegant jazz showing.

Blake teams with fellow Lounge Lizard Alumni and Ornette Coleman drummer Calvin Weston, tuba virtuoso Marcus Rojas, and string innovator Charlie Burnham on violin. Hellbent is best experienced live, where the band’s passion and urgency fills the room and its inhabitants with unrestrained excitement. As one All About Jazz author commented: “They are hell bent on having fun and creating music that speaks to the heart and soul as well to the body and the mind.” more info 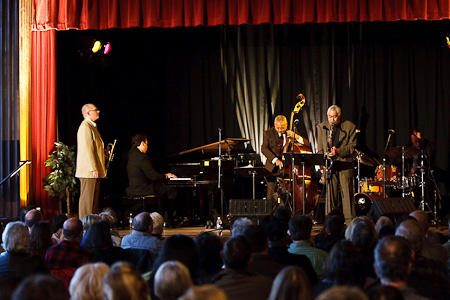 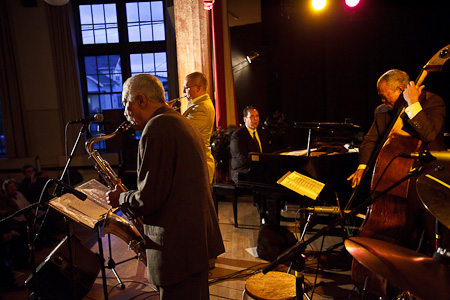 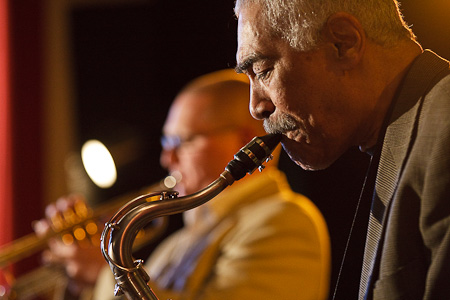 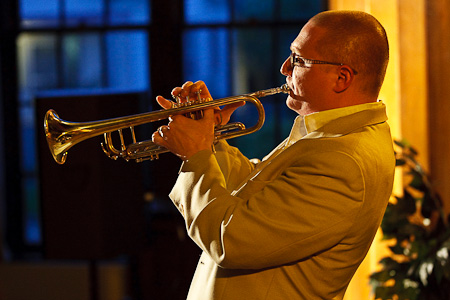 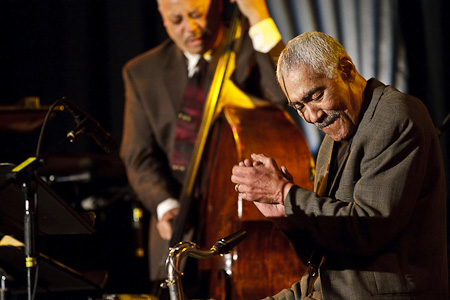 LUCID: The Hang with The Teaching

The Wellstone Conspiracy is a collective venture for four of the more prolific jazz musicians residing in the Northwest region of the United States. The group consists of Idaho-based saxophonist Brent Jensen and from Seattle, pianist Bill Anschell, bassist Jeff Johnson and drummer John Bishop. The quartet, previously heard together on Jensen’s One More Mile (Origin, 2008), hits the mark with Motives, a disc full of stunning interplay and individual showmanship.

A highlight of the recording is the opening “Bye Bye Blackwell,” Jenson’s tribute to the late drummer Ed Blackwell. The tune builds on Johnson’s droning double stops and Jenson’s lyrical melody with spirited free-form improvising and aggressive drum flourishes from Bishop. Anschell’s swinging “Phindango,” based on the chord changes to Herbie Hancock’s “Dolphin Dance,” showcases the pianist’s ability to express harmonic sophistication with an inviting warmth. The tune also features one of many exceptional solo spots for Johnson. The bassist shines throughout the recording with a deep-in-the-wood tone and free flowing lines. He is especially poignant on his composition “Portrait,” a moving ballad.

Continue reading at All About Jazz.com

MyBallard.com has posted some photos from The Ballard Jazz Walk 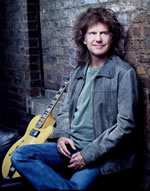 Seventeen-time Grammy award winning guitarist Pat Metheny makes a special appearance at the School of Music on Friday, April 30, noon to 1 p.m. at Brechemin Auditorium when he leads a clinic with UW jazz students. The event is free and open to the public.

LOCATION: Brechemin Auditorium
(on the University of Washington campus)

Pat Metheny will be performing at Meany Theather Friday night as part of his tour in support of Orchestrion.

Photos: Brotherhood of the Drum 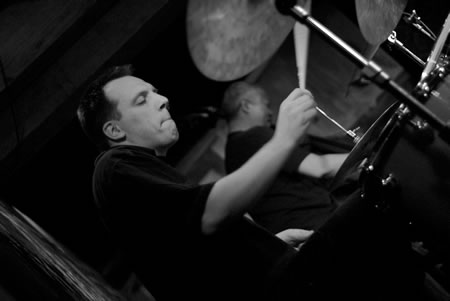 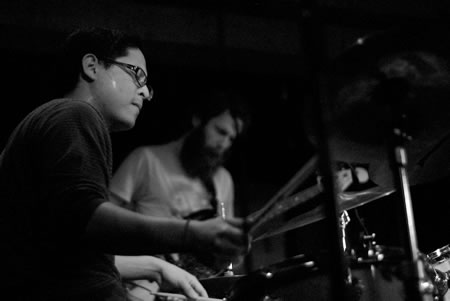 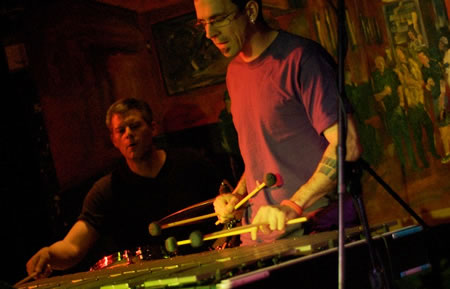 The last few years of tenor saxophonist Hadley Caliman’s career have been among his most productive, after decades spent off the radar in prison, in recovery — both the result of his past drug addiction — and quietly teaching music while living in the Columbia River town of Cathlamet.

Caliman, who will perform Saturday at the annual Ballard Jazz Festival, is awaiting the release of his third album in two years (a yet unnamed recording with longtime friend Pete Christlieb), which follows “Gratitude” in 2008 and this year’s “Straight Ahead.” In early April, the album peaked at No. 2 on the JazzWeek Jazz Chart — a measure of radio airplay in North America.

Caliman and his quartet from “Straight Ahead” (trumpeter Thomas Marriott, pianist Eric Verlinde, bassist Phil Sparks, drummer Matt Jorgensen) will open the Mainstage Concert at 7:30 p.m. They will be followed by the festival’s headliner, Brazilian trumpeter Claudio Roditi, who will play with Seattle-based pianist Jovino Santos-Neto, also a Brazilian native. Bassist Chuck Deardorf and drummer Mark Ivester make up the rest of the rhythm section.

The festival, in its eighth year, has matured to reliable form, featuring the area’s best jazz musicians and five days of performances all over downtown Ballard. As usual, the festival brought in a prominent player from outside the area, Roditi, a New Yorker and a regular at the Lionel Hampton festival in Idaho. Singer Greta Matassa will perform at a jazz brunch Sunday, expanded to include two seatings at 10 a.m. and noon.

But most of the sentiment surrounds Caliman, 78, for whom the past few years have also been a time of narrowing focus for reasons unrelated to playing jazz.

“I’m almost 79, how much more time am I supposed to get, 30 more years?” Caliman said, laughing gently. “Give me a break. You just have to face it … It will just take care of itself.

EGAN’S BALLARD JAM HOUSE: The Andrew D’Angelo/Cuong Vu Quartet shows originally scheduled for tonight have been cancelled. Andrew has been stuck in Europe due to the recent volcanic activity in Iceland