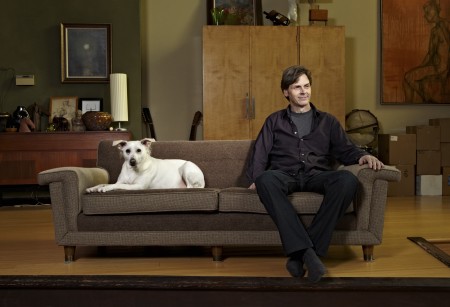 Someone once told me that it’d be good to get a day job sometime, so I worked a temp job once in 1981 where I made $36 for 10 hours of lifting slabs of bacon with a large hook. It ended up being a great motivator.

When I was 14 I was working through some very nice beats on my silver-sparkle Decca drums. The neighbors were not amused, but somehow I ignored the pain I was causing and persevered as I got to know my new friend.

My parents were always surrounding us with music, art, books, political talk and travel without making a big deal out of any of it. A nice result is that I’m afforded an ongoing wealth of inspiration from my sister and brothers, who each possess a bundle of imagination, curiosity, and follow-through. It’s what I aspire to.

The piece of music that I’ll always have somewhere in my brain is “So What.” My dad used to play Kind of Blue on many weekend mornings starting back when I was a toddler and that same record has been following me around ever since.

If I could do it all over again, I’d pay way more attention, practice more, brush more, act better, not waste as much time, learn a foreign language, be braver…or possibly not.

Discipline is a given to do anything competently, it’s a very unfriendly word though.

Some of my best ideas come to me at the last possible moment before I need them. And yes, I could venture that procrastination enters into it.

More is more because it’s not “less is more,” which has always kind of bugged me. While it is a great concept, usually it’s delivered (with a knowing look and a raised eyebrow) to a young musician as a key to ‘good art.’  I’d probably go with “enough is enough, and you’ll know it when you get there.”

Music has taught me that working together is a really good idea.

When I’m playing well, it feels like Vanilla Caramel Fudge ice cream. The only problem is I have a hard time being objective while playing, so my hopes are always that the whole of the music is working well no matter how completely together or lacking my playing is. If the paradiddle-diddles are flowing properly though, I do feel like ice cream.

When I look at where I’m at right now I’m glad I didn’t try to make plans for my future back in my 20s. Though I could possibly have “had it all” at this point, I’m pretty sure I wasn’t that smart. Better to improvise…

The future of jazz is as a music, fine and strong, but the business end of it is going to need some retooling. Fortunately, there are a lot of very creative people around who can’t help themselves but to keep making music. Hopefully the world can eventually catch up to them again.

I started a label because it seemed at the time, like it was something that could be faked semi-easily and would give a home for a few projects we were working on. Having had no expectations, it’s been quite an experience to witness the process of the many people and many small events tumbling together over the years to create this ‘machine.’

In the big scheme of things, what really matters is community.

Some musicians just don’t understand how much they know. Often derided from an early age, they spend their lives being told they don’t know how to construct a productive life, they don’t know business, and they don’t know what being responsible means. Pooey! I ask for advice from a musician (or my wife, of course) about most anything before I seek out a civilian.

Teaching has been a great education. I deserve some college credit for it in fact. Never knowing what one bone-headed thing you might say will stick in a student’s head for the rest of their lives, makes for an ongoing, & humbling, learning experience. I’m relieved I haven’t heard about too many of those moments yet and honored that some of the relationships have grown into very important, life-long friendships.

The thing that makes me nervous on stage is having a mic put in front of my face in order for me ‘to say a few things.’

Right now, I should get back to work…