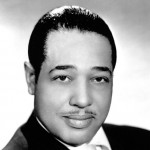 This concert, given last month at Kirkland Performance Center, was the third SRJO musical program drawn from the rich cultural period of New York’s Harlem in the Twenties and Thirties when African-American writers, visual artists and musicians were creating new and in many cases, daring works.  The concert airs Sunday, May 5 at 2 PM Pacific on 88.5 KPLU and kplu.org.

It was an especially rich period in the development of jazz.  This concert concentrates on Duke Ellington, and in particular his groundbreaking “Reminiscing in Tempo” – a 12 minute-long through composed piece of music unprecedented in jazz.  When first recorded by the Ellington Orchestra it was spread over four sides of 78 rpm records.  The score has never been published, but Michael Brockman transcribed it from the original Ellington recording, and this transcription received its first performance in this concert. It’s also the first performance of the work outside of the Ellington Orchestra.

Adding to the authenticity of the presentation, co-directors Michael Brockman and Clarence Acox chose to present this concert as acoustic music, using no microphones for amplification but relying on acoustical balance between the individual musicians and sections.  The microphones visible on stage were for recording only and traditional minimum micing techniques were used to record this music as it must have sounded in the Twenties and Thirties in Harlem.

Jazz Northwest is recorded and produced exclusively for 88.5 KPLU by Jim Wilke.  The program airs Sundays at 2 PM Pacific, and streams to the web at kplu.org.  A podcast of the program is available after the broadcast. The next concert broadcast scheduled will feature Dutch saxophonist Tineke Postma at the Seattle Art Museum which will air on May 19. The next pair of concerts by the Seattle Repertory Jazz Orchestra will be June 15-16 and feature The Great American Songbook with vocalists Stephanie Porter and Primo Kim.