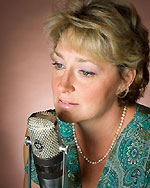 So far this year, Greta Matassa has sung with the Spokane Jazz Orchestra in the Bing Crosby Theater, performed in the Muckleshoot Casino and the Edmonds Center for the Arts, packed the house at the Ballard Jazz Festival, and hosted a weekly gig at Tula’s.

In July, she will sing the national anthem before Seattle’s Fourth of July fireworks show – “one fun thing after another,” she said – and in September, she will be in the central Mexican state of Guanajuato taking part in an international arts festival. She will finish the year in Singapore, where she started 2010, at a New Year’s performance at a Singapore jazz club.

But the gig she is most excited about these days is her Friday variety show at Bake’s Place in Issaquah, the small jazz club housed in the former clubhouse of a retirement community. The unconventional venue is also home to an unconventional show, “Fridays in the Living Room with Greta.”

“If people (from Seattle) can get out there, it’s worth the 20-minute drive,” Matassa said. “It’s a warm and elegant place but not in a stuffy way. The concerts are special and loose at the same time. It’s not often that people get a chance to hear two singers who just shook hands a minute ago. The spontaneity of it is what makes it special.”

Each show has a different theme and usually features another vocalist. The shows are unscripted, informal and intimate, with plenty of back and forth with the audience, something Matassa has always been good at. She takes requests, sings duets, and even turned the tables on jazz announcer Jim Wilke, interviewing him one night as part of a tribute to the legendary jazz journalist and producer.

Matassa is backed up by Daren Clendenin on piano and her husband Clipper Anderson on bass. Because of the intimacy of the performance, she does not use a drummer although she did bring in Mark Ivester for one show so he could play with tap dancer Jovon Miller.

Matassa is taking a break from the living-room series in June to perform out of town (Brasserie Montmartre and Wilf’s in Portland, the Dockside Bistro in Olympia, and the Jazz at the River Festival in Eagle, Idaho), but will return to Bake’s Place in July with saxophonists Bill Ramsay and Gary Scott (longtime alto saxophonist who performed with Frank Sinatra more than 1,000 times in Las Vegas), among others.

In addition to performing, Matassa still teaches – she holds a weekly, three-hour scat clinic in her home for five students at a time – she also is in the middle of a four-record contract with Resonance Records. Her first album with the label, “I Wanna Be Loved,” was very well received by critics and fans alike, staying on the national airplay charts for three months, peaking in the mid-teens.

“In about six months we’ll start talking about the next project,” Matassa said. “I’m assuming and hoping I’ll have access to the same personnel (which included rising star Tamir Hendelman on piano)…Having the contract puts me in the position of not having to think about fundraising and being able to think about content.”

Category:
Catching Up With, Seattle Jazz
Previous Post: Friday Jazz
Next Post: This week on Jazz Northwest and Jazz After Hours