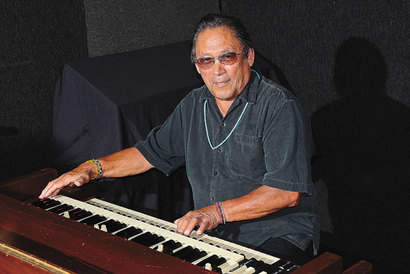 Pianist Gene Argel returns home to Seattle this weekend for a series of shows in support of his new CD on Origin Records, Luminescent.

About his new CD: A Tacoma native, pianist Gene Argel left the Northwest in his early 20s to gig in Las Vegas, Los Angeles and points west, including the island of Maui, where he’s lived since 1982. In this big-hearted outing, Gene returned to Seattle to join old friends for his recording debut as a leader. They create music that is joyful, soulful and funky, as heard on Jay Thomas’ “Baby Gator,” two beautiful tunes from his long time Maui collaborator, guitarist Shiro Mori, and compositions inspired by Gene’s family heritage – “Annette,” for Metlakatla, a Tsimpshian community in British Columbia, and “Haida Welcome Song,” Gene’s arrangement of an age-old chant. A beloved figure in Hawaiian Island and Northwest music communities for four decades, this debut is a long time coming.