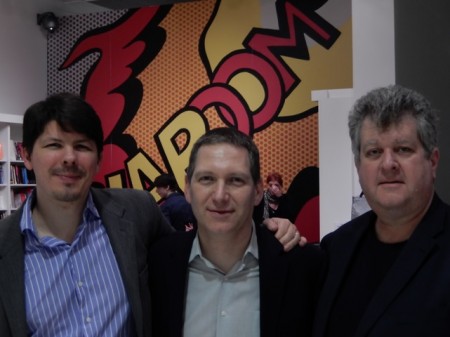 A hard-swinging piano trio led by Danny Kolke will be featured in highlights from this month’s Art of Jazz concert at the Seattle Art Museum airing at 2 PM Sunday, January 18 on 88.5 KPLU and streaming at kplu.org. The concert broadcast includes standards, spirituals and blues by the trio which includes Danny Kolke, piano, Jon Hamar, bass and Greg Williamson on drums. The trio plays regularly on Sunday evenings at Boxley’s in North Bend and has recorded two CDs live at the club and issued on Pony Boy Records.

Danny Kolke is also the manager of Boxley’s, a family-friendly restaurant which features live jazz seven nights a week. Student musicians get a chance to try the stage on Monday, Tuesday and Wednesday and the pros play Thursday through Sunday. Danny’s a father of three young musicians himself, and is a volunteer teacher of a jazz band at Mt.Si High School.

Jazz Northwest is recorded and produced by Jim Wilke exclusively for 88.5 KPLU. The program airs Sundays at 2 PM Pacific and streams at kplu.org. Jazz Northwest is also available as a podcast at jazznw.org following the broadcast.

The Art of Jazz series is presented by Earshot Jazz and coordinated by John Gilbreath in cooperation with the Seattle Art Museum, with support from KPLU. The next concert in the series will feature singer Eugenie Jones on February 12 at 5:30 pm. The concerts on the second Thursday of each month are free and open to the public at SAM.