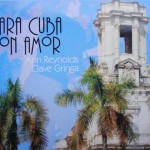 It’s the last weekend of Summer and we’ll feature some songs for the end of Summer with Jessica Williams and Ralph Towner and Denney Goodhew on Jazz Northwest. We’ll also look ahead and sample some of the great live jazz coming up this Fall including the CD release party for Ann Reynolds’ Clave Gringa on Monday night at Tula’s. Former Seattle pianist Larry Fuller has a new CD and he’ll be back in Seattle next month for three performances.

Jazz Northwest is recorded and produced by Jim Wilke for 88.5 KPLU and is heard Sundays at 2 pm Pacific. It streams live at kplu.org and is also available as a podcast after the broadcast. Next week: an all-star vocal concert from Jazz Port Townsend featuring Sachal Vasandani, Johnaye Kendrick and Dena DeRose from McCurdy Pavilion at Fort Worden.