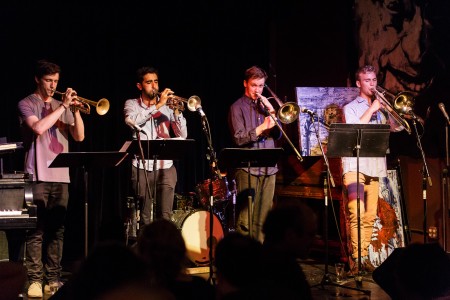 Photos from The Westerlies performance at the Royal Room Monday night. The band is just back from a week on Lopez Island, recording an album produced by Wayne Horvitz. Wayne sat in on a couple of tunes.

The Westerlies are a New York based brass quartet, whose members all hail from Seattle. Zubin Hensler and Riley Mulherkar, trumpets; Andy Clausen and Willem de Koch, trombones. 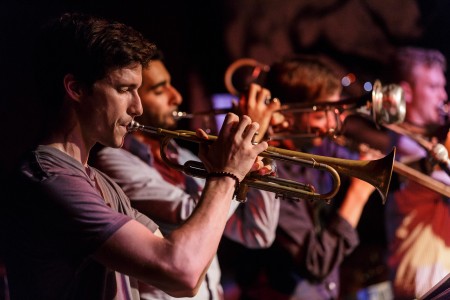 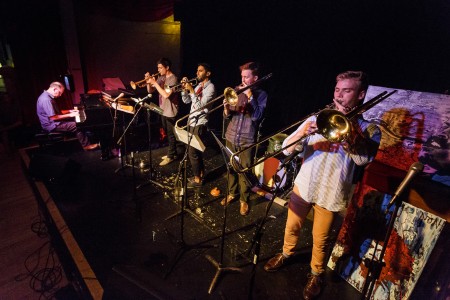 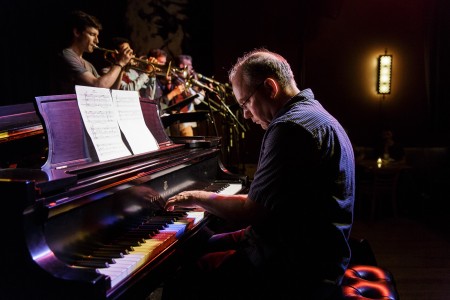