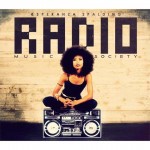 Musicians from Portland, Seattle and Vancouver are regulary featured on Jazz Northwest, and this week, all three cities are represented.  Esperanza Spalding grew up in Portland and has become an international star. We’ll feature her in a song in tribute to her home town, “City of Roses”. The arrangement for the song has been nominated for a Grammy this year, and so has the CD, “Radio Music Society.”  Nancy King, Mary Kadderly and Eric Skye from Portland will also be featured.

New CDs by Jay Thomas and Bill Anschell represent the Seattle contingent this week, and Oliver Gannon‘s Quartet from Vancouver BC is also heard.  Olympia guitarist and bass player Steve Luceno represents his city.   There’s also news about where these musicians are performing.

Jazz Northwest is heard each Sunday afternoon at 2 PM Pacific on 88.5, KPLU and kplu.org..  The program is produced by Jim Wilke exclusively for KPLU and is also available as a podcast following the broadcast.