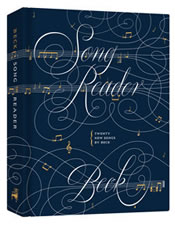 Singer-songwriter Beck’s new album, Song Reader, is not an actual album. It is a book of sheet music that he has released for people to perform on their own.

On Saturday, January 19, The Royal Room will host an evening of artists performing Song Reader.

Seattle based artists perform one song each from Beck’s new sheet music only album “Song Reader”. Artists will be backed by an all-star Royal Room house band augmented by a variety of guest musicians.