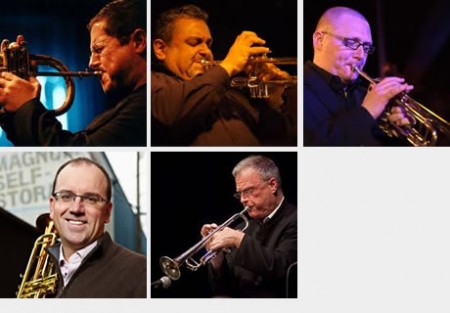 It is one of those rare occurrences when schedules align and an incredible night of music is the result.

The Five Trumpets has been an annual tradition led by Jim Sisko, but this year there is some added east coast talent as Jim Rotondi is passing through town on a west coast swing and Ray Vega will be in Seattle recording a new record.

The event is always a highlight of the year and brings out a lot of die-hard trumpet fanatics, so reservations are recommended.

And the stars keep aligning a week of great music in August … more details to come soon!