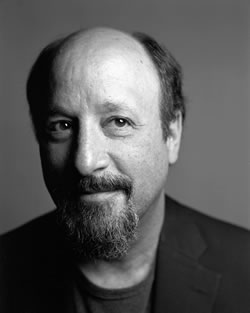 When I was 14 I was a miscast classical clarinetist with no real interest in classical music or clarinet. Or jazz, for that matter. My guilty pleasure was playing pop tunes by ear on my family’s upright piano.

Practice makes me feel and play better. Unfortunately, the buzz usually wears off by the time I get to the gig.

Some of my best ideas come to me on planes and in hotel rooms. That’s where I do a lot of my writing -– both words and music.

Fear is what stops a lot of musicians from growing. Once they start getting recognition and attention they’re afraid to sound bad, so they stop taking chances. I’ve seen it happen to so many good players who could have kept getting better; when my ego goes south on me I give it a good spanking.

As I get older, I’ve realized that touch and phrasing are more important forms of “chops” than being able to play fast. Why did it take me so long to figure it out?

People ask me questions while I’m playing the piano sometimes. When I try to answer, I speak rhythmically and drool.

Discipline is something easily transferable from jazz to other walks of life. Jazz artists learn to identify their own areas of weakness and devise a plan to remedy them. The skill set of self-assessment and -improvement is a key part of personal growth, and explains why jazz artists who move into other fields or have secondary areas of interest tend to do so well at them.

I’m not interested in playing Summertime. No hard feelings, okay? I’ve only played it, maybe, 2,000 times over 30 years, and it’s starting to smell bad.

I chose the piano because I knew I had years of concentrated practicing ahead of me, and I didn’t think I’d be able to enjoy doing that on my other instruments I played through college — clarinet and sax.

I’ve never understood why musicians will play the same songs, with the same bandmates, over and over. There are so many great tunes out there, and no shortage of players who can trigger new ideas in your playing.

Improvisation is fleeting. It’s too easy let yourself play things you’ve played before; harder but much more rewarding to force yourself to create in the moment. Sometimes that means steering yourself into rough terrain where you may sound like you don’t know what you’re doing — because you really don’t.

Less is more because putting some space in your solos lets the rhythm section and groove shine through, gives audiences compact phrases they can digest, and gives you a chance to be more thoughtful about your next idea.

When I’m playing well, it feels like time stands still, and every second matters more than most hours off the bandstand do.

The future of jazz is going to be very different. In twenty years or so, the older folks who were drawn to jazz because the “standard” repertoire comes from the pop music of their generation will no longer be around. The jazz audience at that point will be even smaller than it is today, but the music itself will be more original, in terms of both repertoire and approach.

A sense of humor is crucial in living the jazz life, where so many events both on and off the bandstand can be seen as either tragic or comic. I think the ability to laugh at ourselves, find the humor in the various indignities thrown at us, and avoid inflating jazz with hyper-importance is critical to maintaining our sanity.

Someone once told me Blue Bossa is a blues because the second chord is a IV chord. They were kidding, right?

If I could do it all over again, I’d have taken more World Music classes (South Indian, West African, and Javanese) in college, and fewer jazz classes. Most of my real jazz learning has been on the bandstand and in the shed.

The piece of music that always resonates with me is almost anything by the Beatles. I think I listened to music more innocently, less critically, before I took on music as a career. So I absorbed it in the best way. The Jazz Police may issue me a citation, but hearing those songs now resonates in a more emotional way than a lot of jazz I hear.

I chose the piano because I wanted to be able to enjoy practicing, and I didn’t think that would be the case on clarinet or sax.

I view my greatest achievement to be having my own sound. And being a good dad.