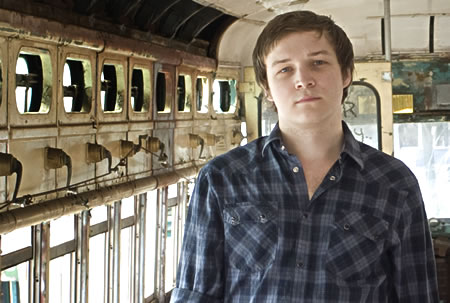 Drummer Sean Hutchinson returns to Seattle with his new project Still Life for a performance at The Triple Door on Wednesday, August 24 at 7:30pm.

Hutchinson, who many know from packing the Triple Door with the group The Here and Now with fellow Seattlites-who-are-now-on-the-East-Coast Tatum Greenblat and Ben Roseth, is fronting the band which also includes Erik Deutsch on piano and Chris Tarry on bass.

Blending acoustic instruments with an electronic ambience, Still Life create a sonic world where machine-like drum beats, melodic bass-lines, and lush piano textures set the stage for singable melodies and moving improvisational displays. SL is equally influenced by the giants of rock such as the Beatles and Wilco as by the great jazz trio units of Brad Mehldau, Bill Evans, Ahmad Jamal, with the emotional intensity and electronic edge of Radiohead. (listen online)