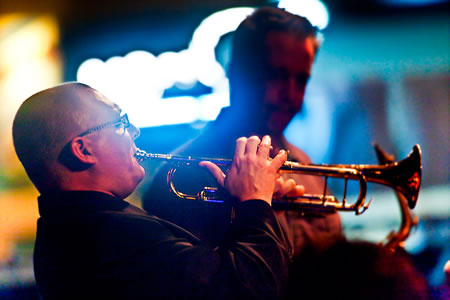 The Earshot Jazz Festival presented the Seattle trumpet ace Thomas Marriott who brought a brilliant lineup – Mark Taylor, Matt Jorgenson, Jeff Johnson and Travis Shook – to bear on some of his favorite, though seldom performed, compositions. A six-time Golden Ear award winner, Marriott is always seeking to expand the boundaries of jazz music in all its forms. He has performed with Maynard Ferguson’s Big Bop Nouveau band, Rosemary Clooney, Joe Locke, The Tito Puente Orchestra, Eddie Palmieri, Kenny Kirkland, and many others. His diverse interests and skills are reflected in the range and success of his albums. His album Crazy: The Music of Willie Nelson was released in early 2008 to wide critical acclaim. Jazz Times declared Marriott a “first-tier trumpet player” with “serious chops and a luxuriant trumpet sound. … This album is a kick in the pants.” His fourth album on Origin Records, Flexicon, was released in April of 2009 and made it to number 10 on the national jazz-radio airplay charts in its first few weeks of release. 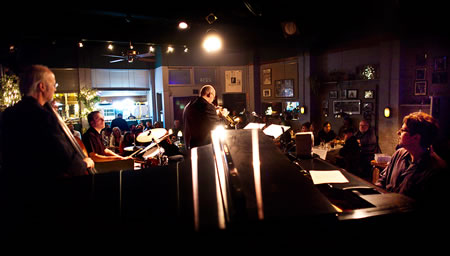