Eldar Djangirov at Tula’s Monday night He and his Trio is appearing there again tomorrow Tuesday Oct 27th. 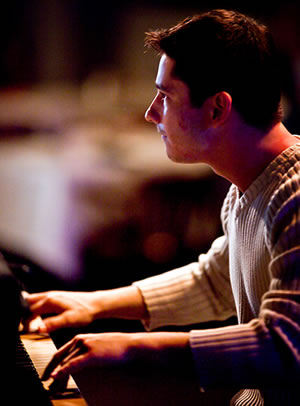 The Earshot Jazz Festival presented the dazzling pyrotechnics and musical maturity of the Kyrgyz post-bop piano prodigy Eldar Djangirov which have awed the jazz world. His trio with Armando Gola (bass) and Ludwig Afonso (drums) is touring in support of a new CD,Virtue.

After being discovered at the age of nine, Eldar and his family moved to the United States, and just two years later he was a featured performer on Marian McPartland’s radio program, Piano Jazz. Since then he has recorded six albums, signed with a major label, and earned a Grammy nomination for his 2007 album, Reimagination. Along the way he has worked with many of the biggest names in contemporary jazz, including John Patitucci, Michael Brecker, Roy Hargrove, and Chris Botti.

Now 22, Eldar continues to impress both audiences and critics with his mature playing and forward-looking compositions.