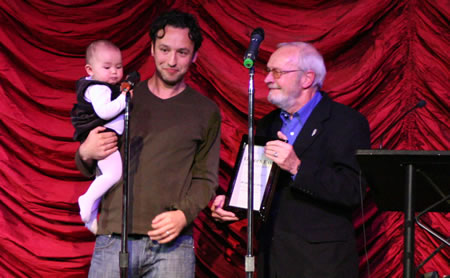 Drummer Byron Vannoy (pictured with daughter Olivia and emcee Jim Wilke) and his group, Meridian, had the 2008 NW recording of the Year 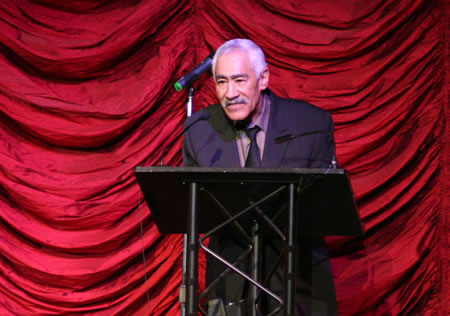 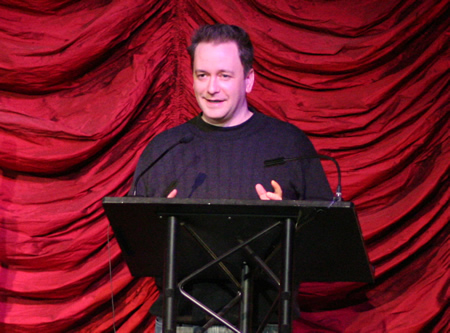 Thomas Marriott and his Willie Nelson Project won the award for NW ‘Outside’ Jazz Group (apologies to Tom … I was onstage so I couldn’t take a picture – Matt J.) 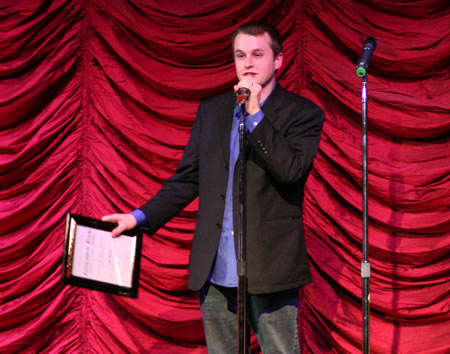 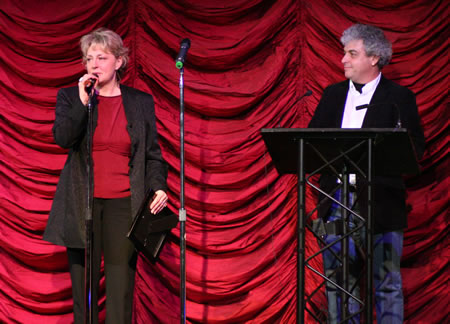 Greta Matassa was again named NW Vocalist of the Year 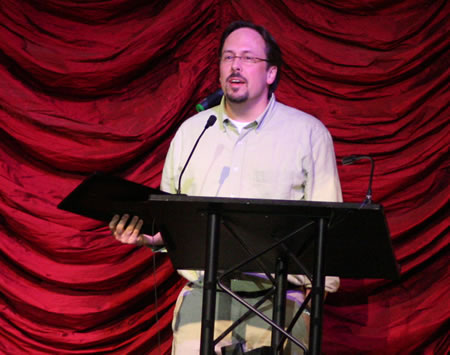 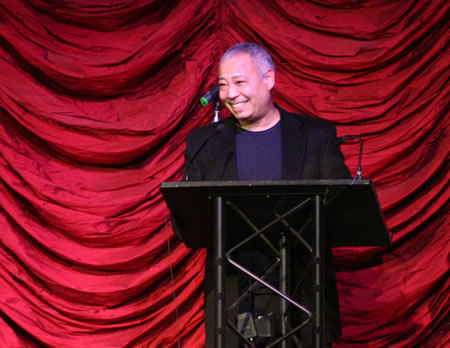 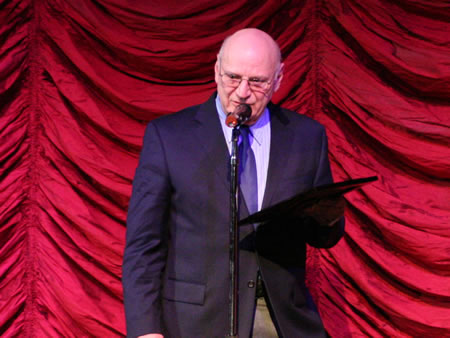