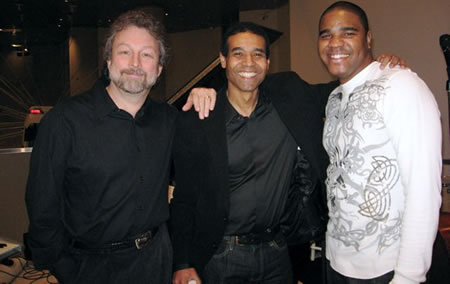 The Marc Seales Trio played the January Art of Jazz Concert at The Seattle Art Museum and highlights from the concert will air on Jazz Northwest Sunday January 18 at 1 PM (Pacific) on 88.5 KPLU. Marc Seales has spent recent Summers in Paris and has composed a suite of music reflecting Paris neighborhoods which will be the focus of his next CD to be issued shortly. Three pieces from the suite are included in this concert.

Pianist Marc Seales is a Professor of Jazz Studies at The University of Washington, bassist Chuck Deardorf heads the Jazz Department at Cornish College, and D’Vonne Lewis is a fast rising jazz star and one of the most in-demand jazz drummers in Seattle.

Jazz Northwest is recorded and produced by Jim Wilke exclusively for 88-5 KPLU. The program airs Sundays at 1 PM (Pacific) and is simultaneously streamed to the internet. It is also available as a podcast following the airdate.