As a Japanese woman and bandleader, Toshiko Akiyoshi was obliged to be a pioneer of one kind or another. In her day, women in jazz were singers and little more, and they certainly were not Japanese.

From the culture she was born to and the one she adopted, she gathered proverbs that even today she finds useful to remember.

“The Japanese have a saying, ‘The nail that sticks out will be beaten down,’ ” said Akiyoshi, who is in Seattle this weekend for a series of concerts and a lecture. “And here they say, ‘If you can’t stand the heat, stay out of the kitchen.’ ”

What Akiyoshi, now 79, accomplished seems unlikely for a woman raised in Japanese-occupied Manchuria, who came to jazz during the American occupation of Japan. As she puts it, she has been “demographically challenged.” She was turned on to jazz by a Teddy Wilson record and got a job playing piano in a dance hall for American officers.

Axiom at Tula’s this Thursday 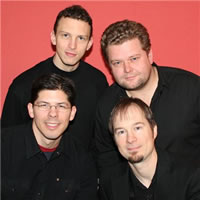 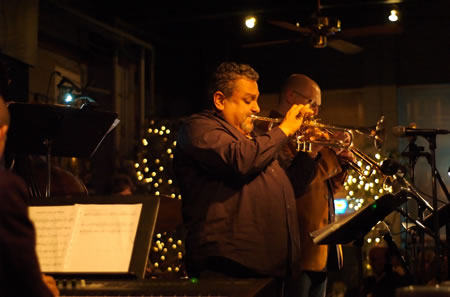 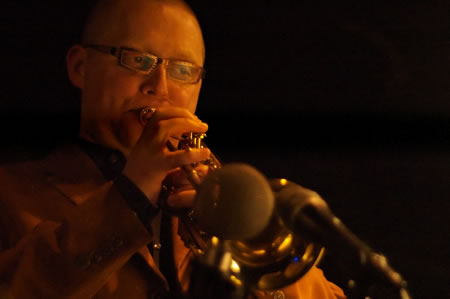 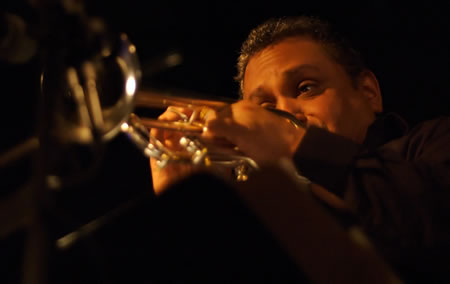 END_OF_DOCUMENT_TOKEN_TO_BE_REPLACED

n a Nazarene church in Moscow, Idaho, the Garfield High School jazz band performed two charts Saturday night for the first time: “Just You Just Me,” and “I’ve Never Been In Love Before.”

“We played the new charts very well,” said woodwind player Carl Majeau, a senior, “but we could get the dynamics a lot tighter and bring the energy level up a little. When you’re not 100 percent comfortable with the tune, more of your mind goes to playing instead of keeping up the energy level.”

Whatever Majeau and his bandmates may have thought, the Lionel Hampton International Jazz Festival judges who heard the performance deemed Garfield’s the best of the weekend, naming the group the “outstanding” Class 4A band. For the first time, both Garfield’s A band and its B, or second-string band, won their divisions at the prestigious festival, which has combined performance with jazz education for more than 40 years.

“They’ve been stepping it up ever since the Clark [College Jazz Festival] competition a month ago,” said Garfield band director Clarence Acox.

The Hampton festival, which ran four days, featured performances by jazz greats like Bobby McFerrin, Monty Alexander and Jeff Hamilton. But the central aim of the festival is to nurture young talent from colleges, high schools, middle schools and even elementary schools.

“I am especially pleased with the success of the visiting artists to help show the surrounding communities what supporting our jazz-playing youth is all about,” said festival artistic director John Clayton. “And as always, the Seattle-area schools continue to impress.”

Other soloists from Seattle schools who were honored included: Peter Johnson (violin) from Bishop Blanchet; Andrew Campbell (alto sax) and Andy Clausen (trombone), both from Roosevelt; and drummer Ian Marsanyi from South Whidbey. All of the outstanding soloists performed together Saturday night in a club setting before a crowd of about 300.

Much of the attention in the big-band performance was focused on Garfield and Roosevelt, whose programs have a fierce rivalry. Spokane’s Mead High School was the No. 2 band in the Class 4A category, for the largest schools in the field. Roosevelt’s jazz band received a “special commendation” in the same category.

The jazz bands from Garfield, Roosevelt and Bellevue’s Newport High will compete in May in the Essentially Ellington national jazz-band competition in New York. Roosevelt and Garfield placed first and second, respectively, at Ellington last year.

“Garfield has a very good, very deep program,” said Roosevelt band director Scott Brown. “You’d be pressed to find a program elsewhere in the country with as many strong musicians as Garfield. We feel very proud to be able to perform continually at that same level.