Review: Reptet, At the Cabin

from the March 2011 issue of Earshot Jazz:

Reptet is less a jazz outfit than just what they are: skilled musicians with primarily Northwest-reared chops shaped over nearly a decade together. Reptet’s fourth release, At the Cabin, is out on the Artist Recording Collective label, a platform for member-based record promotion out of Kansas City. The release shows a hodgepodge of skills and styles, but members Samantha Boshnack (brass), Nelson Bell (brass), Chris Credit (winds), Izaak Mills (winds), Tim Carey (bass), and John Ewing (drums) do bring common references to the sextet. The multi-instrumentalists pull from among twenty-plus instruments and reference styles ranging from jazz, rock, and ska to avant-garde, punk, and eastern European folk music. With a plethora of performance timbres, At the Cabin stands out as snap shot of the band right now, a palm full of grooves showing each member’s character and performed as a group.

The record opens with somewhat of a suite of compositions by Boshnack. “Mayfield Safety” launches with strong marching drums from Ewing, above immovable bass brass licks from Bell and horns. The sextet shifts into an extended bridge section, then cools off and fizzles out on some skronk sax. Next is “Snow Leopard x3” and “Milky Shakes.” These first three tracks make full use of the sextet’s collective character, though do stand out stylistically as Boshnack’s – patient horn interplay supported by heavy bass grooves, some with structural rhythmic phrasings that lend a larger dimension than a sum of parts.

That character is especially present on “Snow Leopard x3” and later on Boshnack’s “Mock Arena,” a steady piece with clever, crunchy drum sounds from Ewing, and bright horns, all landing with an afrobeat vocabulary. The vibe allows soloists Bell and Mills to comment at leisure.

Further character shines on the record with Carey’s “Songitty Song” and the two Mills pieces at the end of the record. “Songitty Song” is a cohesive piece, as the name itself suggests, with a light Mingus quality. Mills brings another two clear musical points-of-view to the album. On “Trash Can Race,” the band thrashes somewhere between Zappa and Zorn, and Mills juxtaposes his flute solo over a gritty jam. After a string of rhythmic hits, the piece moves into a half-time psychedelia on the same riff, with some appropriate comping by guitar guest Mark Oi. Then “Pills” follows in the same vein but with a more ambitious time signature to riff on, vital for the ensemble, who delight in elements of the raucous eastern European folk marching music.

Reptet also delights in a particular brand of humor that surfaces on the record. Tracks “Milky Shakes” and “Agendacide,” for example, incorporate vocal riffs that seem to reference inside jokes. For a band whose existence spans eleven years, five in its current iteration, with a mix of musical personalities, a bit of home-cooked humor is likely a given. It doesn’t affect the overall appeal of the At the Cabin, and that humor is evidence of Reptet’s tendency to give permissions to each other that not all bands can afford. The result is a band difficult to qualify, but exciting in its potential to delight and surprise.

Don’t take this reviewer’s word for it: Reptet holds their At the Cabin CD release party on March 10 at the Tractor Tavern, 9pm. Eyvind Kang, Jessika Kenney, and Geoff Harper open.

Weekend in Edmonds at the DeMiero Jazz Festival 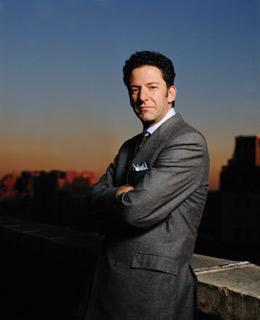 John Pizzarelli returns for the fourth consecutive year with his quartet to lend artistic direction to this annual Edmonds event. Festival attendees can catch Pizzarelli and quartet each night, along with Friday and Saturday headliners Freddy Cole Quartet and Karrin Allyson.

The festival also features performances by more than 50 elementary, middle, and high school jazz choirs and jazz bands and adult choirs from throughout the Pacific Northwest.

The festival is made possible by a collaborative partnership with Edmonds Community College and the Friends of Frank DeMiero Foundation, honoring the vocal educator and community agent Frank DeMiero, who currently resides in Edmonds.

The festival also hosts the Tenuto Awards each year. In music, a tenuto mark signifies that a note should be sustained for its whole value. The award is given to individuals and organizations who have made significant contributions to music education – enabling young people to live their lives to their fullest value. Recipients in 2010 were Sara Gazarek and Symetra Financial.

DeMiero Jazz Festival events are held at the Edmonds Center for the Arts on the weekend of March 3-5. Full details are available at www.demierojazzfest.org. The voracious sweep of postmillennial jazz has plenty of exemplars but few truer than the trumpeter Cuong Vu. Over the last decade he has upheld a dreamlike sound informed by post-bop but just as rooted in noise pop, grunge and ambient minimalism. He has an invaluable partner in the bassist Stomu Takeishi, who shares his fluency with electronics and his fondness for immersive lyricism. Together with the smart young drummer Ted Poor they have tended to an aquatic, darkly inviting, calmly exploratory style.

Each of their previous two albums featured a guest: the guitarist Bill Frisell, then the multi-reedist Chris Speed. “Leaps of Faith” has a fourth member too: Luke Bergman, who until recently was one of Mr. Vu’s music students at the University of Washington. But Mr. Bergman, who plays electric bass and also mixed and helped produce the album, isn’t an interloper here. His contribution changes the metabolism of the group — freeing up Mr. Takeishi, for one thing — without undermining its identity.

The album begins with three standards, which isn’t common practice for Mr. Vu. They land transformed, more remixed than covered, with creeping momentum and shadowy detail. But Mr. Vu is largely true to their melodies, bringing a terse caress to “My Funny Valentine” and austere clarity to “Body and Soul.” He gets teasingly atmospheric with the theme of “All the Things You Are,” laying out its distinctive intervals over a glacial groove. (He does much the same on “Something” by George Harrison, and “My Opening Farewell” by Jackson Browne.)

There are aspects of Mr. Vu’s tone that suggest the softer side of Miles Davis, or the moody poise of a Davis emulator like Mark Isham. But Mr. Vu has more subversive designs, which become clearer on the album’s three originals, notably “Child-Like” and “I Shall Never Come Back,” which develop like ominous weather systems, with sculptured distortion and drones. The title track, a collective improvisation, recasts John Coltrane’s “Giant Steps” as hold music for a doom-metal help line.

“Leaps of Faith” was recorded live in Seattle last spring, but you could get pretty far into it before you register the presence of an audience. When you finally hear some applause, it sounds distant, filtered: yet another effect in an album reverberating with them.